Podcast: Talking Crosby at the DMV, the Pens fake season, whether the Steelers are good, and Ken & Ben Roethlisberger

We talk the insanity of the Pirates being good, the fake Pens season, Crosby at the DMV, whether the Steelers have any good players, Ken and Ben Roethlisberger, how many followers we have on Spreaker, and whether RG3 is annoying. Plus so much more. It's GTOG Radio.

Listen below or check out our Spreaker page. You can also download on iTunes here. 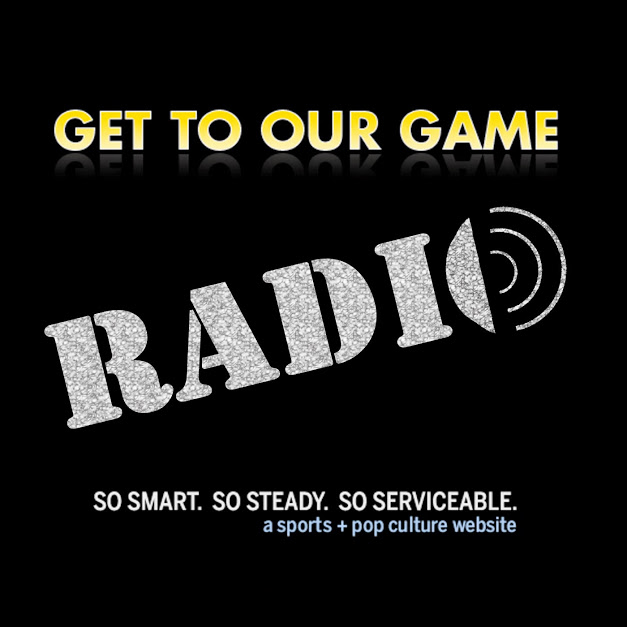 GTOG's Crystal Ball, where we tell you the score of every Pens game. Part 3: December 2013

To catch you up: The Pens enter December on a 7-1-1 hot streak.  Crosby is only two back of Steven Stamkos for the league lead in points.  Evgeni Malkin has had an up and down season, with long stretches where he's the best player in the world but not producing as many goals as he should based on how dominant he looks.  Orpik is recovering from a broken hand and is expected to be out a few more weeks.  Vokoun has been eating into some of Fleury's playing time, but Bylsma steadfastly refuses to back off his stance that Fleury is the Pens' #1 goalie.  His stubborness pays off, to some degree, as Fleury is having another typically solid but not spectacular regular season.  Paul Martin is out with a concussion that isn't believed to be serious and Beau Bennett took a slash on the wrist and has missed 2 games.

The Islanders are leading the Metro division, but are mired in a mini-slump that continues early as they take two questionable penalties early and Kunitz and Neal put the Pens up 2-0 early on the PP.  Fleury is caught flopping on the ice for a Tavares goal early in the second period and spends the rest of the night fighting off relentless punishment from the Nassau crowd.  Dupuis buries two even strength goals in the third, and all of a sudden the Pens are only 1 point out of the division lead.  Pens win, 4-1. 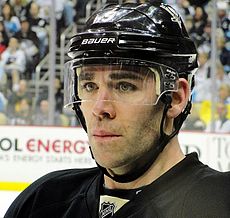 Paul Martin is back from his concussion (Bennett is still out, and there are rumors he's seeking a second opinion on whether he has a fracture ... and yes, we're all confused about why it's so hard to tell), but the real story is the return of Tyler Kennedy.  The Pens appropriately play a tribute video, and TK actually makes a nice pass, confirmed by ELIAS to be the first of his career.  Jokinen ties it at 1 for the Pens late in the first period, but trouble comes in the second.  Crosby flies down the wing but has his legs taken out by a completely outmatched Brad Stuart.  He goes into the boards awkwardly and his head snaps back violently.  Grown men climb to their roofs to prepare themselves for worst-case scenario.  But when Sid gets up, it's not his head that you worry about.  It's the fact that he's not putting any pressure on his right leg.  Almost as if on cue, Malkin scores two third period goals, and an all-too-familiar story-line reemerges.  Pens win, 3-1.

How long is Crosby out?  Keep reading to find out ...